The Spainish international, 24, scored against Alaves on Sunday but has been in and out the Real team this season.

He has started 14 La Liga games and has come off the bench in another nine.It’s led to speculation he could leave the Bernabeu to get more regular football.But Zidane said: “He’s going to stay for many years.“Isco is a Madrid player and he’s playing phenomenally.

“You all know what I think, he’s an important player an I hope he stays.”

Spanish newspaper Marca claimed this morning Real were eyeing up a £20.5m move for Atletico Madrid full-back Theo Hernandez.When questioned on a possible bid, Zidane said: “He’s a good player, there’s no doubt about that.“I’m invested in working with my current players, anyone else I cannot talk about.” 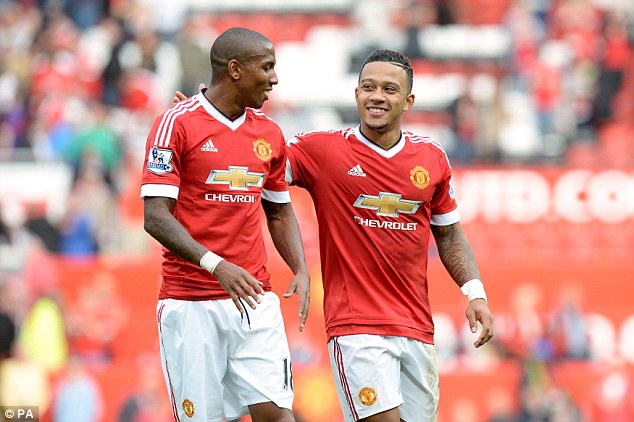 ​Jose Mourinho admits he has a ‘bad feeling’ over Memphis Depay and Ashley Young for not giving the two players more time on the pitch with Manchester United.

Both Depay and Young have been linked with moves away from Old Trafford in the upcoming transfer window having failed to secure a regular role under Mourinho.

But the United manager admits he feels guilty that the pair were not given a chance to prove themselves in the same way as Phil Jones and Marcos Rojo in recent weeks.

‘I still have some bad feelings towards myself because I didn’t give a real chance to everyone, there are some positions in our squad where we have overbooked,’ Mourinho told Sky Sports.

‘To be honest, people like Ashley Young and Memphis Depay, I didn’t really give them a run of matches to play, to prove. So I have this little bad feeling.

‘In relation to Marcos and Phil Jones, I’m really pleased with both. Marcos, he was a player considered by many as someone without the quality to be a Manchester United player.

‘Phil was [seen as] a stampede, injury-prone player without the conditions to be back to the good Phil Jones of the past, so I was very happy for them.’